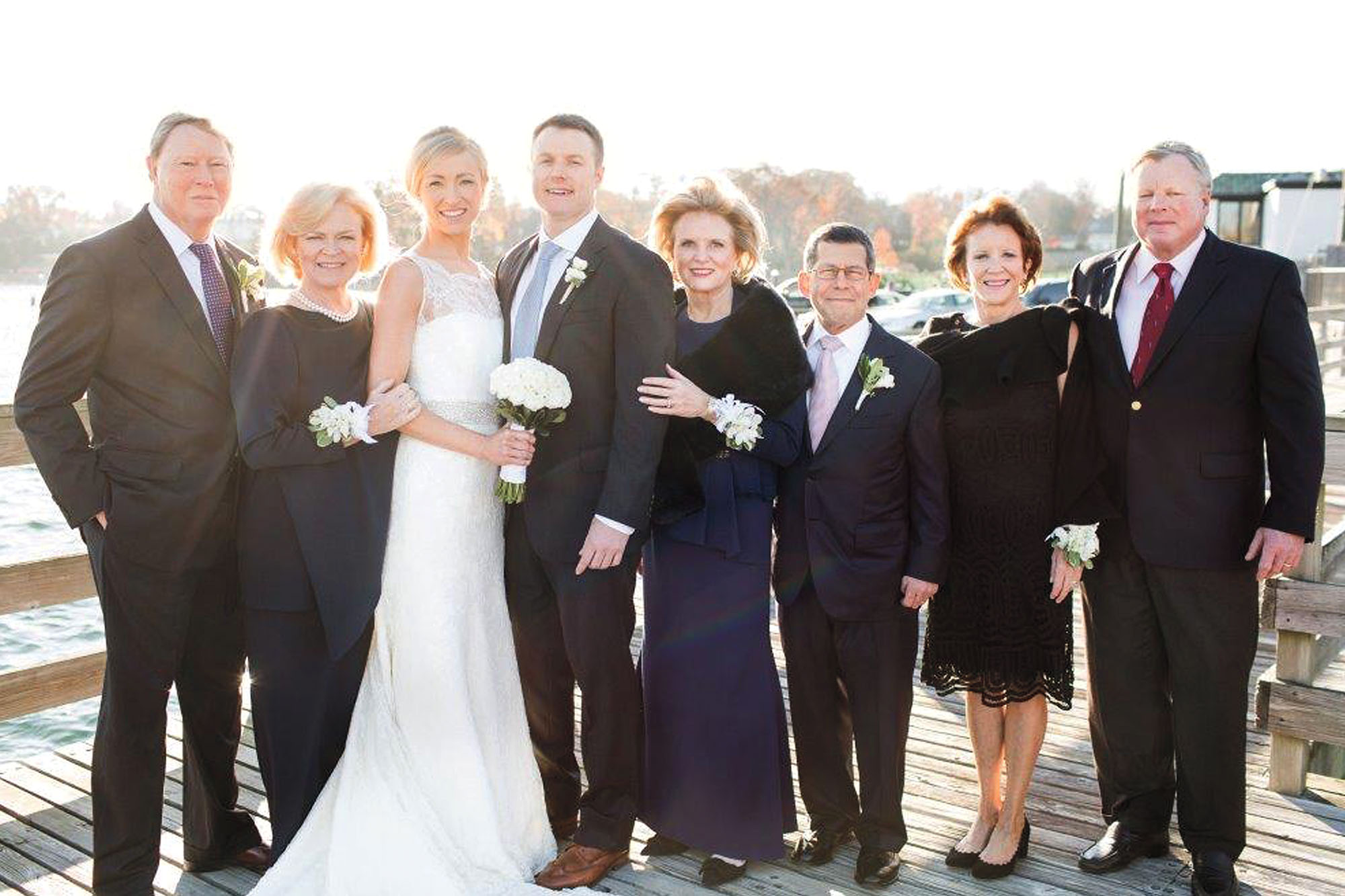 Carolyn had just moved to Boston to pursue a legal career, and Jake had recently become a Bostonian after separating from the Navy when mutual friends introduced the two. The pair hit it off and dated for two years before becoming engaged over Fourth of July weekend at Lake Wawasee in Indiana.

Minister Erin Keys officiated at the ceremony at First Presbyterian Church. The only hiccup came when the best man (the groom’s brother Nick) had to race back to Indian Harbor just moments before the bride walked down the aisle, to retrieve the rings he had forgotten.

The newlyweds left the church in style and drove down Greenwich Avenue in a Rolls-Royce from the Pray Museum to their reception at Indian Harbor Yacht Club.

The bride, daughter of Randall and Ann Riggs of Indiana, graduated from North Central High School, Duke University and Indiana University McKinney School of Law. Carolyn is an attorney in Boston.

The groom, son of Hans Isbrandtsen and Heather Knapp of Greenwich, graduated from Greenwich High School and Trinity College. Jake is in software sales for Oracle in Boston.

The newlyweds honeymooned in Denmark and Sweden before returning home to Boston.