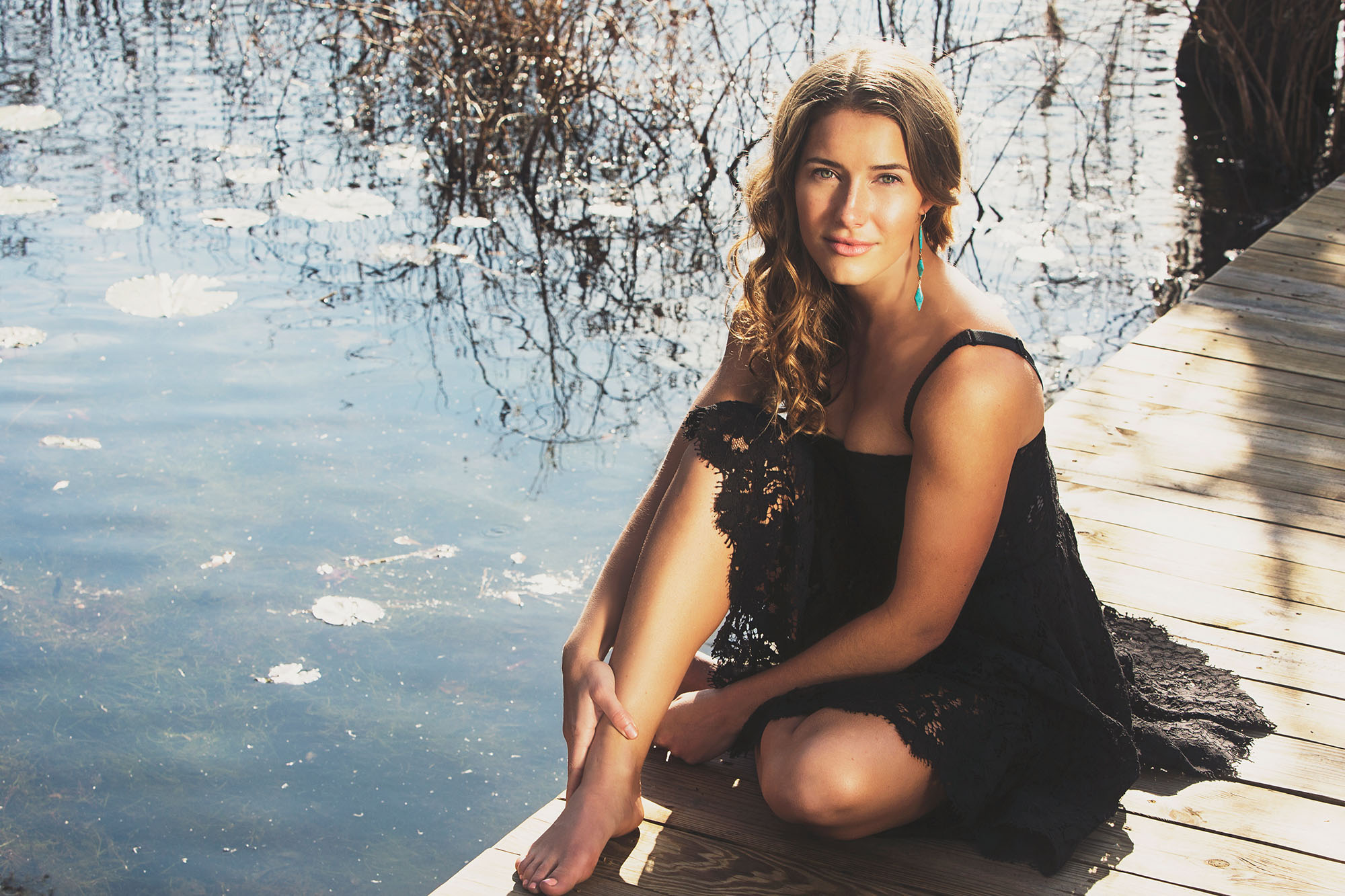 It’s no surprise that people are giving this rising star and former Greenwich Academy student an appreciative listen. The multitalented performer, who has drawn comparisons to Taylor Swift for her all-in approach to singing, songwriting and musicianship, has been anointed by Rolling Stone and Billboard as a country artist to watch.

She’s spent the past year opening for the Zac Brown Band, and following a duet with Jimmy Buffett at a hurricane relief concert, she walked away with a partnership with his Mailboat Records and dates on his spring/summer tour. She’s also the host of Art & Soul, a monthly broadcast on SiriusXM radio’s Coffee House channel, where she explores music-making with guest artists.

We caught up with the Florida-based Jones in anticipation of her June 22 appearance at Under the Stars, a benefit for the Greenwich Hospital Foundation in support of its women’s and children’s health initiatives.

GM: Is it thrilling or terrifying to perform for a hometown crowd?
I think it’s going to be really exciting and also, really fulfilling. I have so many supportive friends, and family and teachers in Greenwich, people who’ve touched my life in a lot of different ways. I hope they will come. I am really looking forward to supporting this cause and Greenwich Hospital. I think investing in the health of women and children is so important.

GM: I heard that you asked your parents for singing lessons when you were nine, because you wanted to sing Celine Dion’s “My Heart Will Go On.”
It was that song that made me want to perform on stage. I was nine when Titanic came out and, of course, that song is iconic and such an important part of that movie. But the other reason I wanted to sing was that by then, I had already been writing poems and stories for a long time. I began to see singing as a vehicle for performing the things I was writing. There’s something about lyrics and melodies coming together that intrigued me.

GM: So how does a girl from Greenwich end up going country?
It’s a great and valid question. When I was seventeen, I was writing songs and making demos and my manager said, “You know, there’s a lot of country sensibility to what you’re doing.” So, I went to Nashville and sat in on a show at the Bluebird Café. I was mesmerized by what I heard from the performers—their guitars, their voices, just the way they captured the audiences’ attention. There was this entire community built around the premise that the truth of the lyrics and the melody really mattered. From that moment on, I became a student of the history of country music. I started with Jimmy Roberts and Hank Williams and the Carter Family. It really informed my songwriting and defined the artist I want to be.

GM: You sing, write the songs and also perform many of the instruments on your recordings. What inspires you to be so involved in all aspects?
I have a passion for singing, but I also have the same passion for writing and for my musicianship too. It’s the desire to explore all those things that gives you the fuel you need to dedicate that time to your craft. There are some people who are only devoted to their singing or their instruments—and these are all things that individually you could spend your whole life doing. But I want to be a student of all these things, and I expect to be for my entire life. This passion really extends into how I explore other people’s music. I’m often asking myself, “How did they make it sound so big?” or “How did they do that with their voice?” I’m fascinated by other people’s performances too.

GM: I’m curious about the title song of your new album, Bare Feet. Is there a message about how you’re approaching your career and your music?
I’m so glad you heard a message. It’s about my platform and what I stand for as an artist. It’s about being lighthearted and chasing your dreams and being real and authentic.

GM: You’ve had the chance to tour and duet with Jimmy Buffett. Who are some of your other musical heroes?
I’ve also had the opportunity to tour with Zac Brown, and he and Jimmy are not only musical heroes, I’m proud to call them my friends. In terms of pop, I love Ed Sheeran and One Republic and Keith Urban. But I grew up singing opera and jazz, so I have really diverse influences that are kind of all over the place. I love Ella Fitzgerald and Rodgers & Hammerstein. I’m excited about where music production is today. We’re part of the iPod generation and I think that’s exposed us to a lot of musical influences, which is good in that it opens you up to them all.

For tickets to see Caroline Jones at Under the Stars at the Riverside Yacht Club on June 22, visit giving.greenhosp.org