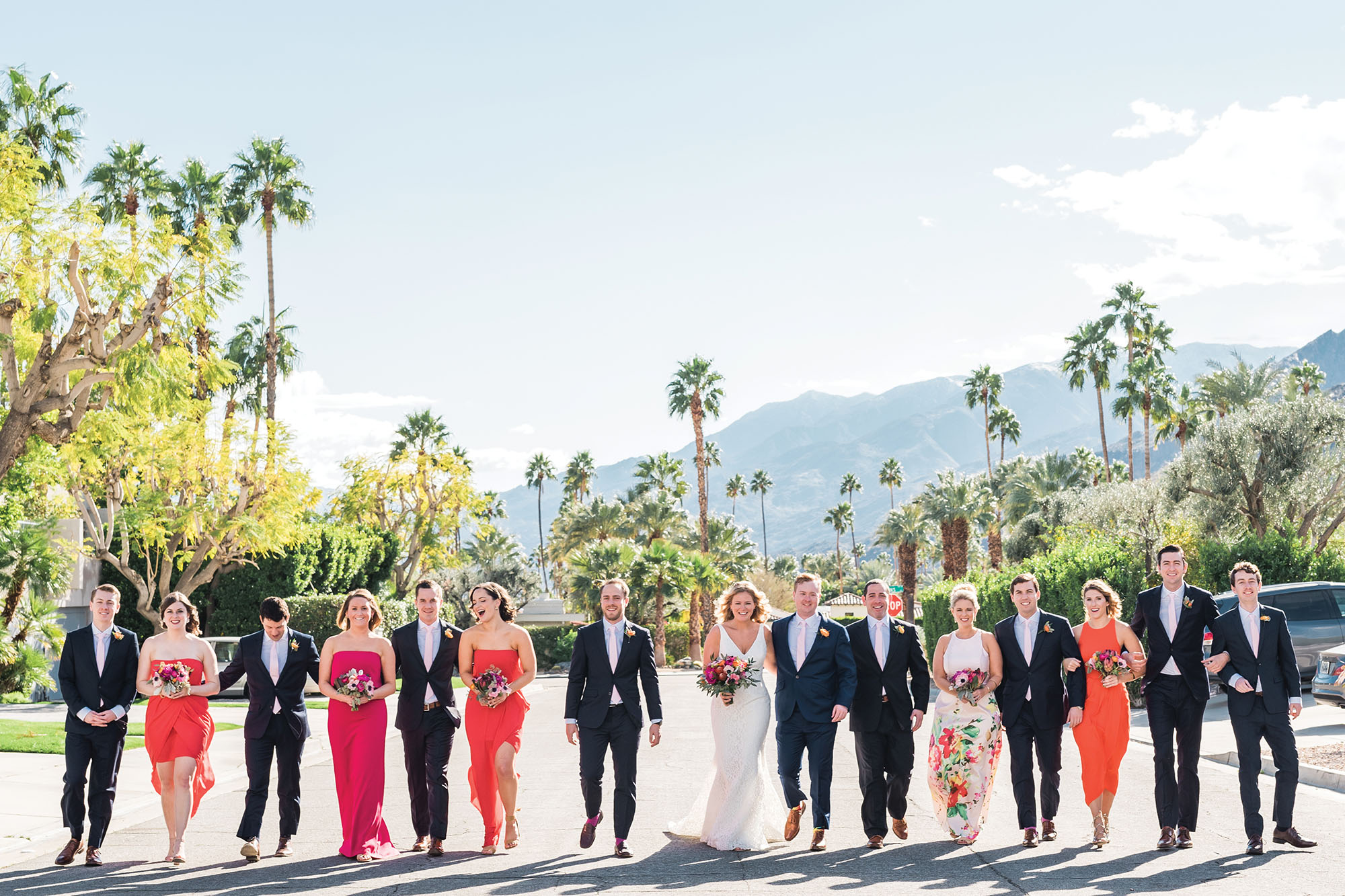 The wedding party catches some rays

Above: The wedding party catches some rays

Devin and Kevin attended the same high school in Fairfield, but it wasn’t until they each attended a local party in 2005 that fate intervened. Devin was a junior and Kevin a senior, and they continued dating on-and-off through their college years, as their campuses were a mere mile apart.

During a trip with friends to Narragansett, Rhode Island, the two snuck away and hiked to a nearby attraction known as “The Cliffs.” Upon reaching the highest point atop the rocks, Kevin got down on one knee and popped the question, after nearly ten years of dating.

The couple were married by Devin’s uncle Garrett Foster in a blissful ceremony beneath the sunshine and palm trees at the Historic Tennis Club in Palm Springs, California, before nearly 100 friends and family.

The bride is the daughter of Dawn and Dwight Cobb of Fairfield. She graduated from Manhattan College with a bachelor’s degree in marketing and currently works as a senior account executive for Twin Oaks Integrated Marketing in New York City. The groom is the son of Marybeth and Thomas Colleran of West Haven, Connecticut. He graduated from Fordham University with a bachelor’s degree in business and is a senior account executive at Haddad Brands in New York City.

The newlyweds enjoyed a honeymoon in Mexico and reside in Manhattan.