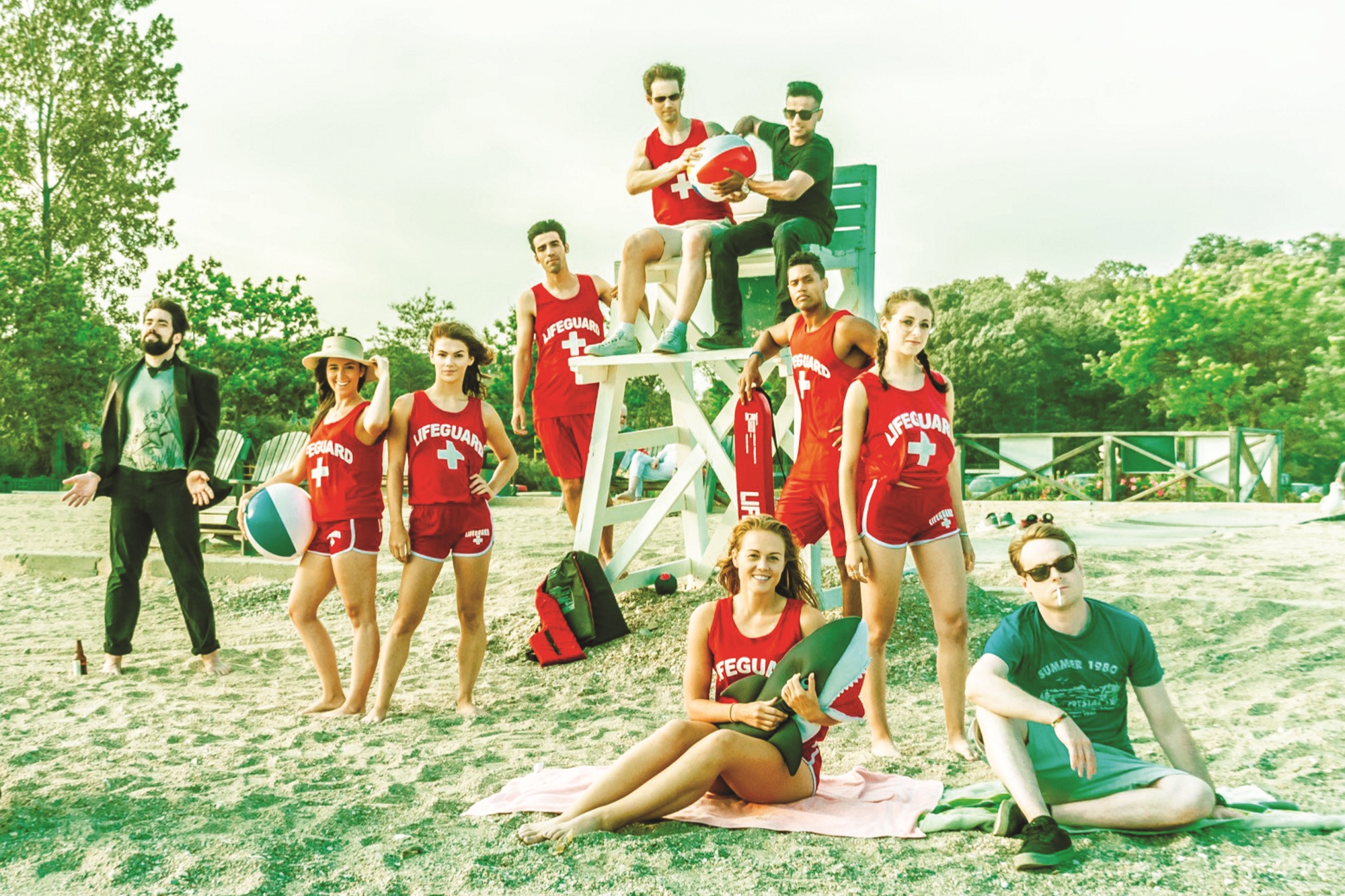 Photographs by Elizabeth Viggiano.
Above: The Pointe cast

VISHNU PRASAD AND CJ MORSEY have a lifetime of dirt on each other. The two friends met in high school at the Academy of Information Technology and Engineering in Stamford. Prasad was raised in Stamford and Morsey in Rowayton. They lost touch in college but connected again after graduating. “I ran into Vishnu a few years ago when I was in New York training at the Lee Strasberg Theatre & Film Institute, and we decided to launch something,” says Morsey. “… we took part of my story growing up in an exclusive beach town, and part of Vishnu’s story being from India, and feeling like an outsider, and created The Pointe.”

“I always wanted to shoot a TV show in the town I grew up in so we took part of my story … and created The Pointe.” — CJ MORSEY, COCREATOR OF THE POINTE

They formed a production company called Rebel3films with a few friends who wear many hats writing, producing and acting in the show. Prasad and Morsey do most of the writing and star as the two leads, Krish Shetty and Ryan Blake, respectively.

The show focuses on a rebellious teen (Shetty) who is hired as the first Indian lifeguard in an upscale New England beach town called Pointe Bay. The comedy follows Shetty’s interactions within the conservative community. “When an outsider comes into a friend group it derails the system and shakes up the town,” Morsey says.

The 30-minute pilot was shot in Rowayton and is in post-production. The show, designed for online streaming services, is being shopped around to Amazon, Netflix, Hulu, Facebook Watch, YouTube Red and other small production companies.

What’s next after they get funding? Seasons One, Two and Three, of course. When asked if he’s worried about running out of material, the answer is a firm no. “I know a lot about the craziness of living in the suburbs, as [I] teach tennis in Fairfield County. I’ve seen it all,” says Prasad.