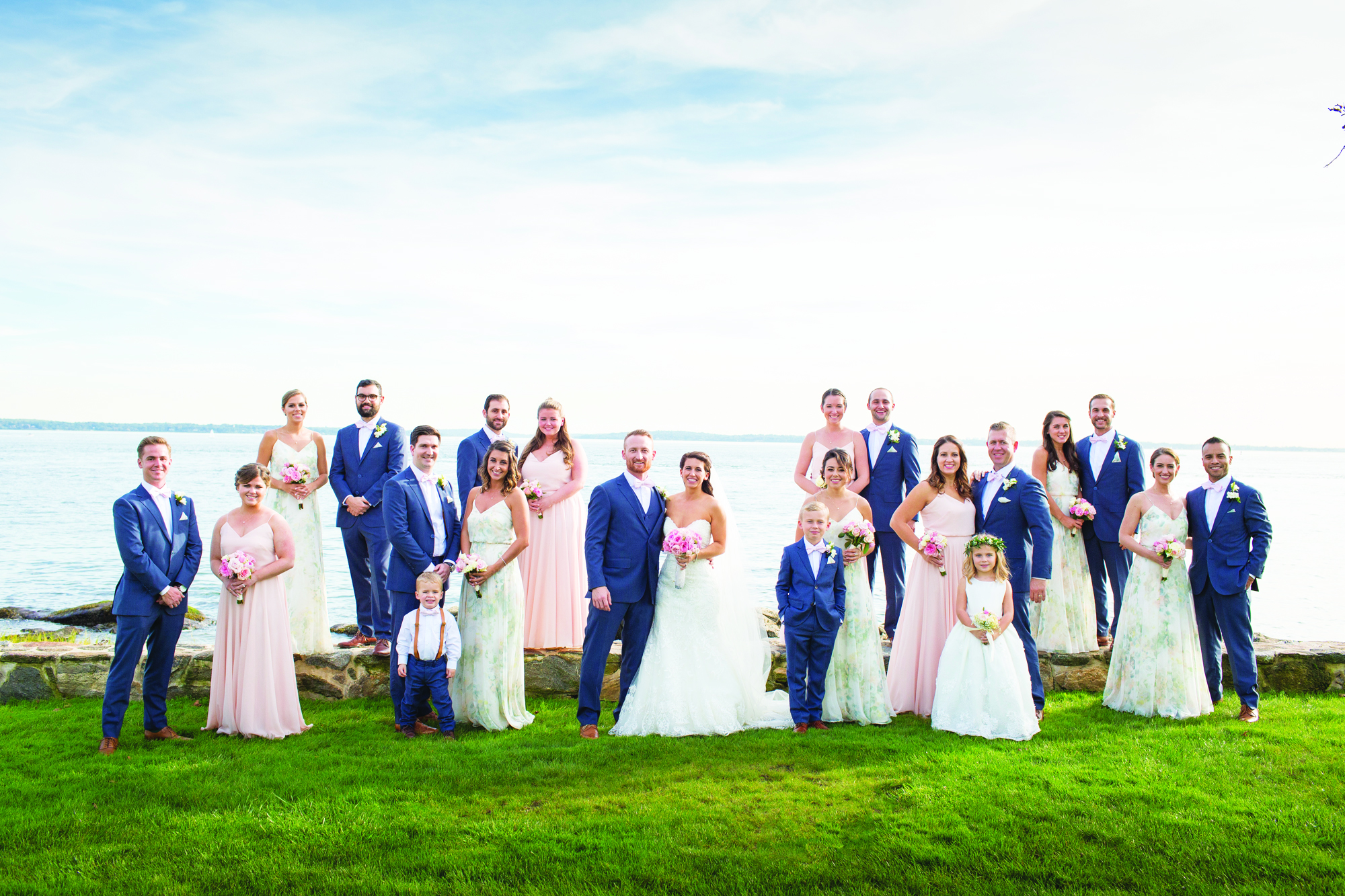 Marty and Maria met their freshman year at Providence College, where both were on the sailing team. The couple dated through most of college, until they went their separate ways to different graduate schools. Maria pursued a career in veterinary medicine, and Marty pursued a career aboard merchant ships. Toward the end of their schooling, life brought them back together. The couple dated long-distance for two years before Marty popped the question at the Bay Head Yacht Club (even Maria’s dog, Alfred, was there).

Father Bose Raja officiated at the ceremony at Sacred Heart Church in Greenwich, and the reception followed at American Yacht Club in Rye.

The bride, daughter of Michael and Geri Smeriglio of Old Greenwich, graduated from Greenwich High School, Providence College and Ross University. Maria is a veterinarian in Norwalk.

The groom, son of Martin and Pamela Masterson of Point Pleasant, New Jersey, graduated from Christian Brothers Academy and SUNY Maritime College. Marty is a Ship’s officer for TE SubCom.

The newlyweds spent their honeymoon in Tulem, Mexico. They live in Cos Cob.