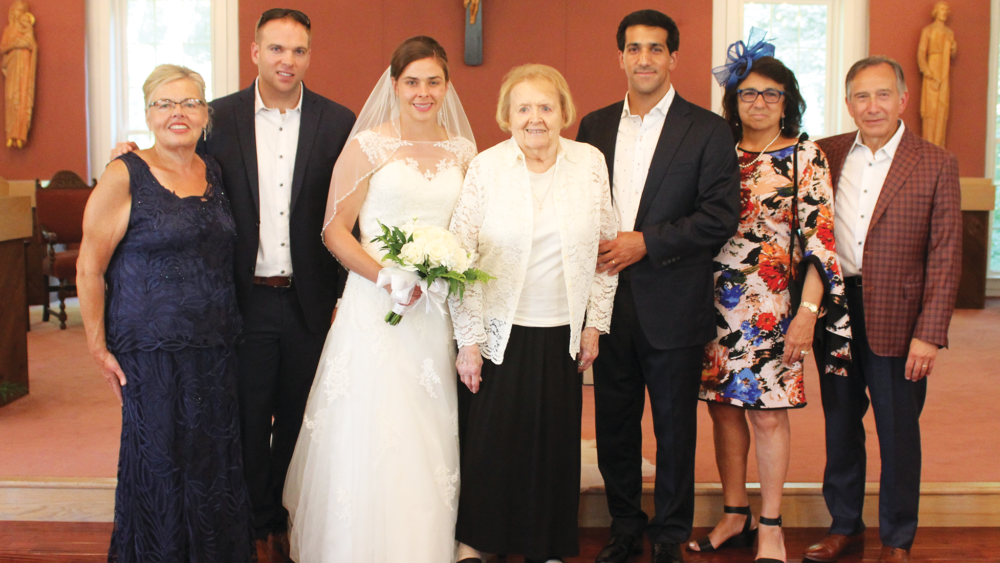 Emily and Paolo met at Loyola University Chicago, where Paolo was in law school and Emily was in graduate school. Emily was an RA in the residence hall where Paolo lived. They met at a welcome event for residents on the first day of the spring semester. The two hit it off and began dating. Eight years later Paolo proposed in a private garden of the Belmond Hotel in Peru.

Fr. Joseph M. McShane, S.J. officiated at the ceremony at St. Agnes Church in Greenwich and a reception followed at Indian Harbor Yacht Club. The day was especially meaningful, as it was also the fiftieth wedding anniversary of the groom’s parents.

The bride, daughter of Anne Wilk of Michigan and the late John Wilk, graduated from Lansing Catholic and Loyola University Chicago. Emily works at New York University in the student affairs department.

The groom, son of Bruno and Patricia Santonocito of Old Greenwich, graduated from Greenwich High School, Fordham University and Loyola University Chicago. Paolo is a fundraising consultant for Graham-Pelton in Stamford.