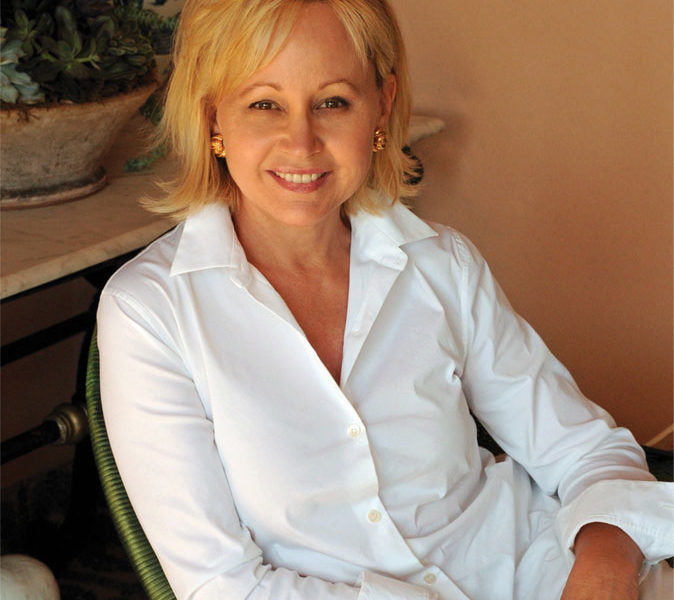 Deborah Royce has been honing her craft as a writer for decades, patiently awaiting a chapter in her own life that would allow for the silent stretches of time needed to mold words into a gripping tale. Her debut novel, Finding Mrs. Ford, does not disappoint. It begins in Watch Hill, Rhode Island, a setting Deborah and her husband, Chuck Royce, know well; they restored the grand Ocean House hotel there. Greenwich friends will recognize Susan Ford’s widower in the story, Jack. He’s a “not even thinly veiled” Chuck. But just as those readers settle into what feels familiar, Royce grabs them deftly by the napes of their necks and drops them down a rabbit hole into a grimy disco in 1978 Detroit. It won’t be the last intoxicating tumble.

Kirkus Reviews describes Finding Mrs. Ford as “a compelling well-written thriller with an effective twisty plot.” Deborah Royce, who played Silver Kane, Erica Kane’s sister, on All My Children (not to mention numerous film and TV roles), has not penned your average suburban soap opera. We sat down with the Greenwich resident to learn about her inspiration, process, and what prepared her to write this book and . . . the next.

Why did you decide to write a book?

I had been flirting with writing a book for a long time. I was an actress in the eighties into the early nineties. Then my first husband and I moved to Paris with our two small children. It was the death knell for my acting career, but an extraordinary opportunity came up: a position in acquisitions for Studio Canal Plus. They needed English language readers. My mom was right when she had said, “Go to college!” [Deborah graduated summa cum laude from Lake Erie College in 1980.] Reading books and screenplays for a living was fantastic. When we moved back to the States, I was hired by Miramax as a story editor. That’s a long way of saying how writing became my focus. My years at Miramax, working with top writers—it was like writing school. My reading load—twelve scripts and a 500-page novel per weekend—was pretty untenable with children, so I left after a few years. I started getting more serious about writing and joined writing groups. When my youngest left home, I could carve out the concentrated time I needed to work on a book.

Where did you find inspiration? Were there events and people in your own life that you drew from?

Definitely. Susan’s widower, Jack Ford—anyone who knows Chuck Royce will see him. I took great enjoyment turning my real-life husband into a character. In 1979, Annie is a composite of a few young women I knew back then who were beautiful and dazzling and charming and kind of overwhelming. Susan was based more on myself, but a part of you leaks into all of your characters.

I grew up in Warren, the suburb of Detroit where Susan lives. My mother moved away, so I didn’t visit for fifteen years. Five or six years ago I went back and was completely amazed by the level of revival happening in the city of Detroit. It’s a complicated city—from racial issues and tensions to the auto industry, which made Detroit but also contributed to its undoing as people got in their cars and moved to the suburbs. It had been declining for fifty years. The revival is very thrilling.

Do you think it’s harder to write a book or screenplay?

I think a screenplay is harder; the mechanics are more complicated. You have to format it properly and know how you want it to come together visually. I’m more at ease writing a novel.

Will we see Finding Mrs. Ford on the big screen?

Hopefully my agent can sell the movie rights. We’ll see!

Are you working on your next novel?

I’ve written the first draft of a novel called Ruby Falls. The entire book came to me in a flash. It’s more straight-up Hitchcock suspense.

A Few of Her Favorite Things

Books and movies
Every year I re-read The Pursuit of Love and Love in a Cold Climate. They transport me into this other world where I feel charmed and amused and released. Maybe The English Patient and Doctor Zhivago–also my favorite films. I love the very personal story set against a big sweep of history. I should also put a thriller in there. I’m a big Hitchcock fan.

Place to Get Away
Watch Hill, Rhode Island and Normandy, France.

Place to Write
I write in Greenwich in a conservatory at the far end of our house. One of my dogs comes to sit with me.