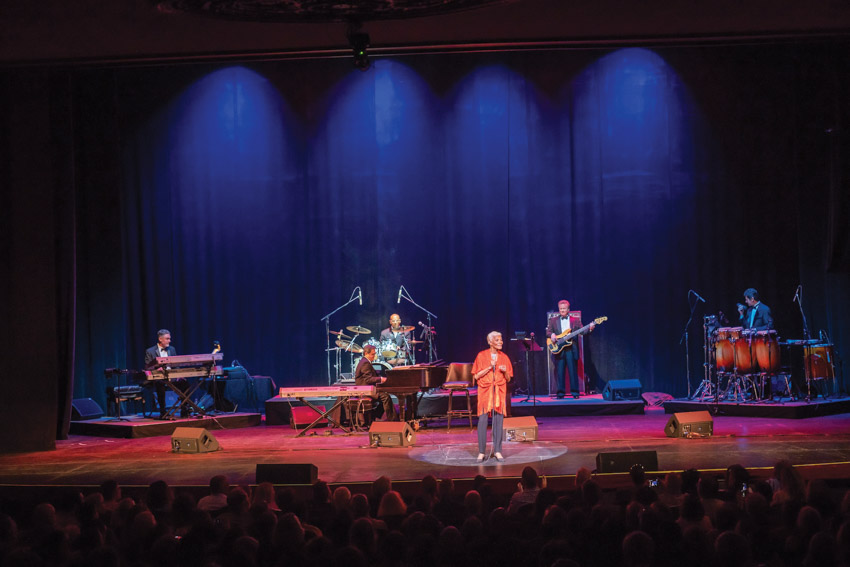 Warwick and band perform for fans

The Palace Theatre celebrated its Tenth Annual Gala in paramount fashion. The legendary R&B-soul singer Dionne Warwick blew the roof off of the performing-arts venue with her powerful vocals and superb stage presence. The singer, who released She’s Back, her thirty-sixth studio album in May, was the first African-American solo female artist to win a Grammy for Best Contemporary Female Vocalist Performance. She also accepted this year’s Grammy Lifetime Achievement Award. The preshow cocktail party and concert raised $120,000, which will support the organization and its education and arts-outreach programs.