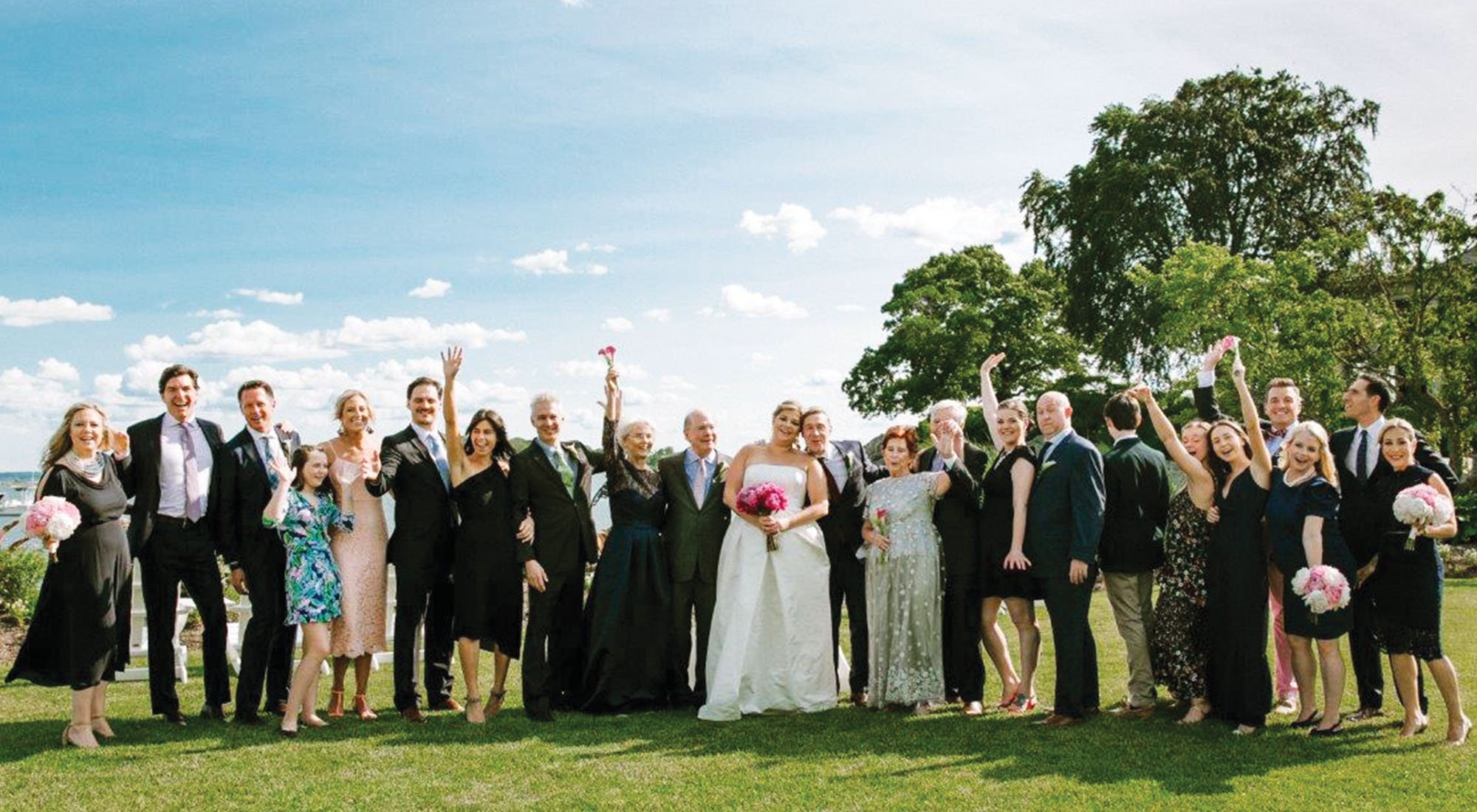 Amanda and Matthew having fun with family and their wedding party

above: Amanda and Matthew having fun with family and their wedding party

Amanda and Matthew met while undergraduates at Hobart and William Smith Colleges and remained close friends for a number of years until they finally began dating. Once the spark was ignited the couple dated long distance before buying a house together in Philadelphia (a house that truly became a home with the addition of their beloved Saint Bernard, Seamus). Soon Matthew proposed on Cape Cod in front of Amanda’s family.

The couples friend, Nelle Miller Norberg, officiated at the ceremony at the home of the bride’s parents in Cos Cob. A reception followed at the Belle Haven Yacht Club.