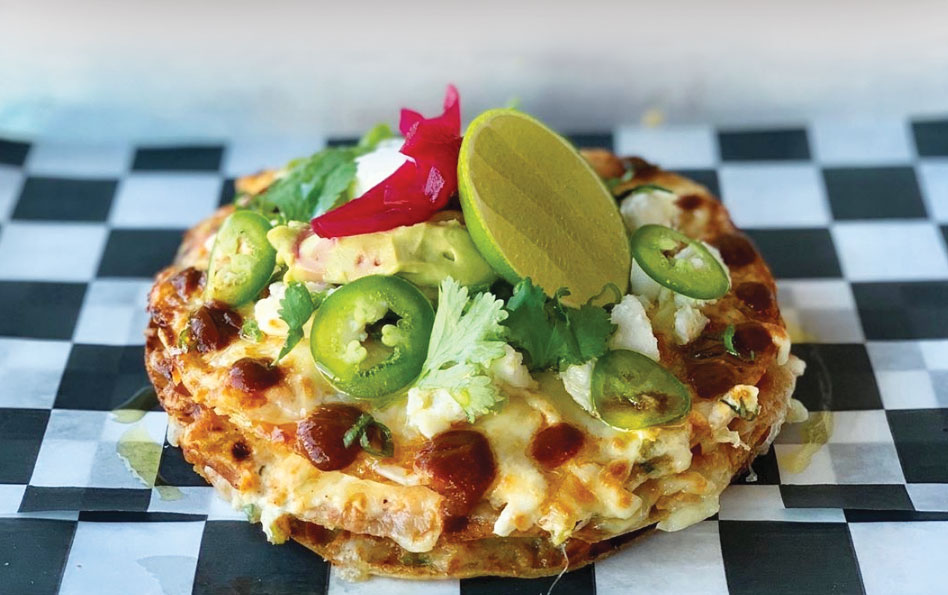 The story of Taco Daddy, one of Stamford’s newest culinary additions, started with a dog named Dallas. Dallas is half shar-pei, half bulldog mix who became an Instagram celebrity for her quirky personality and endless wrinkles.

Dallas’ parents are husband-and-wife restauranteurs John and Morgan Nealon. Together, they have been crafting the concept of Taco Daddy because they felt that it was something Stamford really needed. When they discovered the Harlan Social space was available, they took the leap. 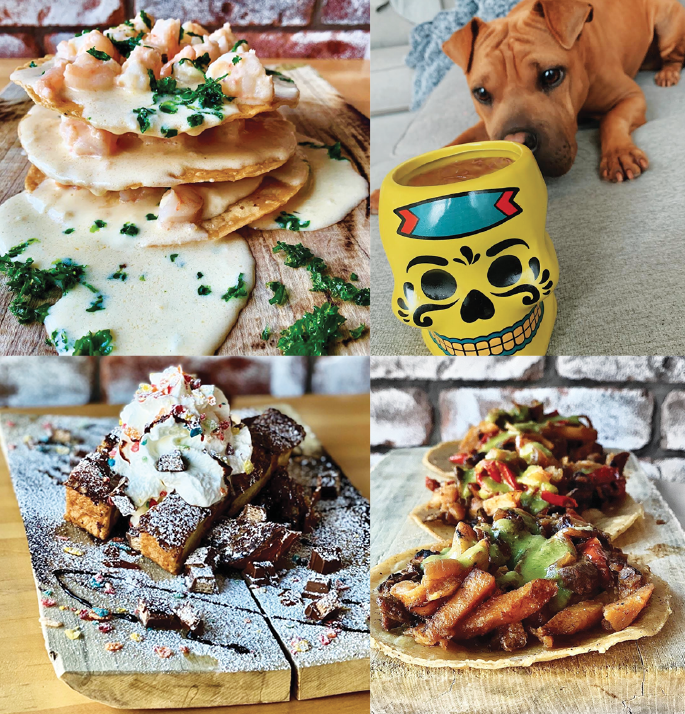 When they signed the lease for Taco Daddy, John and Morgan realized they had less than a month to start marketing their new venture. “We decided to do so by letting Dallas’s [Instagram] followers know she was opening a restaurant! We eventually switched over her handle from @dallasthewalpig to @tacodaddystamford and most people loved it…although we definitely made some dog lovers unhappy.” Fear not, though: Dallas is still very much a regular on the feed.

The space is open, airy, and sprinkled with original artwork by Morgan’s sister, Deven, and design accents by her mom, Elizabeth. “The branding and decor of this space was meant to reflect how we wanted people to feel in it: relaxed, at a place that feels like an extension of their living room.”

As for the food, that’s where Taco Daddy really shines. The menu is sprinkled with super nontraditional tacos, a concept that some have referred to as “gringo tacos.”

Taco Daddy basically takes familiar flavors that work really well together and puts them in a beautiful nixtamal tortilla. Think “Spicy Chicken Taco,” a taco filled with fried chicken, jack cheese, bacon and spicy aoli. Or consider “El Reuben,” which is corned beef, melted Swiss, sauerkraut, cabbage and Russian dressing. The concept is meant to keep things fun and lively, but the execution is serious taste. Bring your biggest appetite.

The drink menu is filled with super easy-drinking cocktails that, naturally, are as Instagram-friendly as the food. One destined to become a favorite is “Queen of the Streets,” a pretty concoction of strawberries, oranges, vodka and bubbles to top it off.

Taco Daddy is a welcome addition to the Stamford food scene for its unconventional menu, relaxed vibe and, of course, the portrait of Dallas that hangs up proudly on the wall. The Choco S’mores Tacos don’t hurt either.