While the news has been overwhelming lately, there are good moments to enjoy and take as a sign for the bright future of Stamford’s Downtown. After its longtime president and founder, Sandy Goldstein, announced her retirement from the Downtown’s Special Services District (DSSD), David Kooris was appointed as her successor this past January. His election is encouraging, as his reputation and achievements across the state precede him. Now he has the opportunity to prove that Stamford Downtown is vibrant, dynamic and the place to be.

Since 1992, Stamford Downtown (stamford-downtown.com) has established itself as the very core of the city, serving as business-improvement district and producer of concerts, parades, public art exhibits and a myriad smaller events throughout the year that inspire a deep sense of togetherness and culture within the growing community. As its president, David Kooris manages a team of professionals responsible for development policy, ensuring that public infrastructure and private investment work together to continue to make downtown its most vibrant.

Kooris has always been about people. He received his bachelor of arts in anthropology and geography from McGill University in Montreal, and a master’s in city and regional planning and a Master Certificate in urban design at the University of Pennsylvania. Prior to Stamford Downtown, he served as deputy commissioner at the Connecticut Department of Economic and Community Development, focusing on coordinating public-sector infrastructure investment to best prepare communities for private-sector growth while enhancing environmental sustainability and quality of life for all. There, he was responsible for orchestrating the place-based components of the state’s economic development strategy, including transit-oriented development, brownfields, capital projects, waterfront, historic preservation, the arts, tourism and opportunity zones.

Before state service, Kooris was the director of the Office of Planning and Economic Development and Executive Director of the Redevelopment Agency for the City of Bridgeport. He oversaw ten departments in the creation of the city’s revitalization strategy and its execution in tangible public and private investments. He currently sits as the Chair of the Board of Connecticut Port Authority, is a former Stamford elected official having held seats on the Board of Representatives and Board of Finance, is active on many local Boards, including that of the Mill River Collaborative, the Stamford Partnership and the Veterans’ Park Partnership, and is also a lecturer at Yale University’s School of Forestry and Environmental Studies. A Stamford resident, Kooris would oversee the Alive@5 concert series, an event the community has grown to love and look forward to each summer, as well as recurring events, including the City Challenge Race, Bark in the Park, ArtWalk, Brews on Bedford and Make Music Day.

While the pandemic presents challenges for us all, he says he is “confident that, when we re-emerge, Stamford Downtown is uniquely well-positioned to provide the spaces and events that will allow our community to come together again in the ways we will so fervently need.” Let’s look forward to the days ahead. 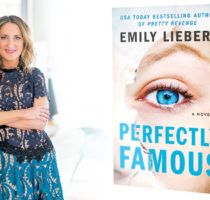 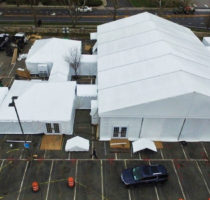