Lead of the film, Ethan Herisse

Sofia Bara, a recent graduate of Weston High School, recently produced a seventeen-minute film while at NYU Tisch School of the Arts. The Other Side is a narrative short that was filmed in Ethiopia. Based on a true story, two orphan brothers face the reality of never being adopted. The short stars Ethan Herisse from Ava DuVernay’s Emmy-winning Netflix series When They See Us and recording artist Wayna. 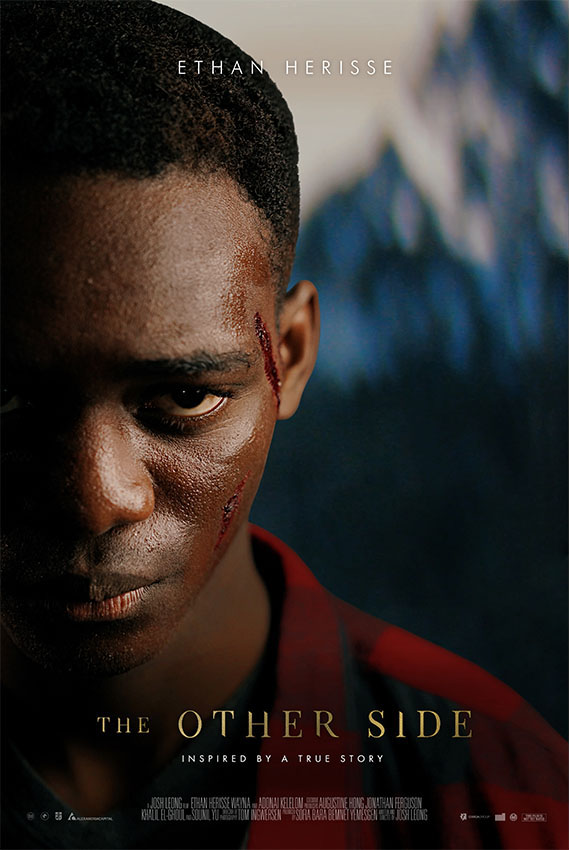 The director, Josh Leong, first visited Ethiopic in 2018. During this trip, he learned about the life of orphans. Due to poverty, HIV, chronic illness and a lack of women empowerment programs, there are 5 million vulnerable children in Ethiopia, he says. He returned in 2019 to tell their story. “I want people to watch these characters until they can’t ignore the reality behind them. I want parents to think of their children. I want students to raise awareness. I want the financially blessed to support initiatives like Orphan Care Ethiopia. But ultimately, I want to dedicate this film to the children we’ll never forget, 7,000 miles away,” he notes. “Their plight is real, and their need is urgent.” Leong won Best Young Filmmaker at the Worldview Film Festival and his work has been screened at forty-six festivals in eleven countries.

The film’s team was made up of local cast and crew and producer Bemnet Yemesgen, originally from Ethiopia. “Though at first our Ethiopian crew ate their lunch together, in the last days of production, they waved us over to join them,” says Bara, also assistant director. “The communal meal ignited a sense of family and closeness—of respect and appreciation for one another. There was nothing more moving than to be welcomed into their close-knit community and culture.”

The release watch party is set for Friday, November 20, at 9 p.m. ET, followed by a Q&A with the film team. Watch the film on November 20th and learn how to get involved help at theothersideshortfilm.com.