You’re familiar with all the personalities on the Florida coastline—flashy South Beach, spring break’s Daytona and the always-quirky Keys. But Vero Beach, the little slice of paradise north of Palm Beach along the A1A, is worth a closer look. This little town named “Happiest Seaside Town” by Coastal Living has maintained its charming Mayberry-like vibe and pristine beaches through years of smart planning.

Even if you’re familiar with Vero, or more likely nearby Singer Island, you may be missing out on its true treasure—John’s Island. This private community feels like a resort to those lucky enough to live within its gates. There are three championship golf courses and miles of pristine beach to enjoy, complete with requisite beach attendants and toys (think paddleboards, kayaks and more).

John’s Island sits between the Atlantic and the Indian River, giving boaters mooring options for days and access to the ocean via the Sebastian Inlet. Into wine and wickets? The club boasts not one, but two well-manicured courses allowing for both six wicket and golf croquet (it’s a thing).

Prefer racquet play? The club has seventeen Har-Tru courts, pickleball and the only doubles squash court in the entire state of Florida.

If you’re wondering, as I was, why this resort has never appeared on any Travel & Leisure list, it’s because although John’s Island looks and feels like a resort, it’s actually a tightly knit residential community. You can’t even rent a house here without multiple letters of recommendation. Real estate offers can be made contingent on acceptance to the pricey and exclusive club. Though anyone can buy a home here, not everyone can be a member.

Intrigued? We were. John’s Island real estate reps can help those who are curious about all the community has to offer. They often host prospective buyers for a short stay to try before you buy. Getting there is even easy; for those who don’t want to fly commercial to West Palm and then drive, there’s a private charter, Elite Airways, that flies direct from Newark to Vero. Flights are often less than $300 and are scheduled weekly. Homes currently listed on John’s Island range from townhomes for less than $400,000 to an oceanfront mansion at over $8 million.   johnsislandrealestate.com 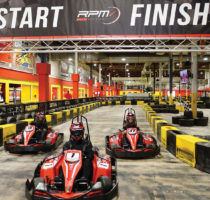 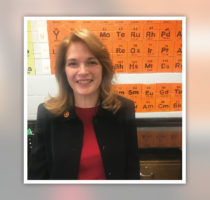