The event marked the opportunity for the nonprofit organization’s new president and CEO, Helen McAlinden, who took over in January of 2020, to share her vision and strategic plan to increase supportive housing units, as well as raise desperately needed funds in the wake of Covid-19 safety expenses.

“I think it has so much more significance this year because people are worn out after the pandemic, and they need a good laugh and a bit of comedy. It’s good timing that we can get together as a group again,” McAlinden said. 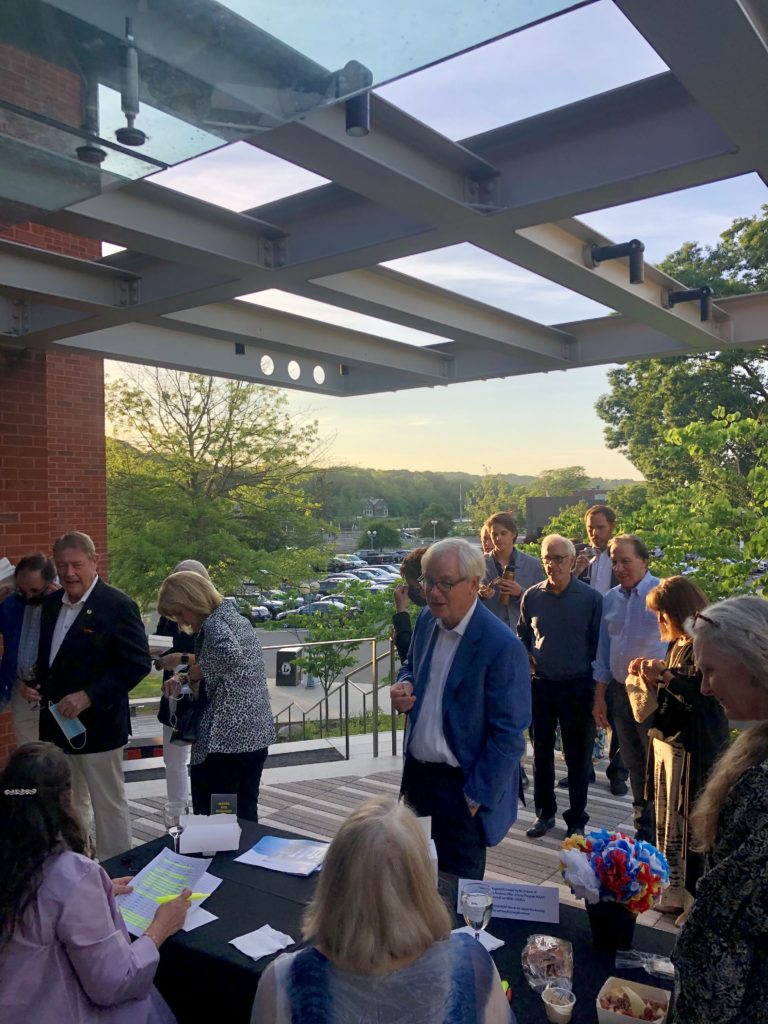 The event began with a cocktail reception outside the Westport Library on the picturesque banks of the Saugatuck River, where a golden hour of sunset blanketed friends new and old coming together, some after more than a year apart, over drinks and hors d’oeuvres.

As guests headed inside, they were greeted with opening remarks by McAlinden, who detailed Homes with Hope’s journey through the pandemic, relocating the 362 homeless individuals out of the Gillespie Center and into hotels during renovations to adapt to CDC safety guidelines. Over the course of three weeks, the charity was able to safely move out all of their clients, install dividers and refurbish the Center, and see their return without a single Covid-related death. 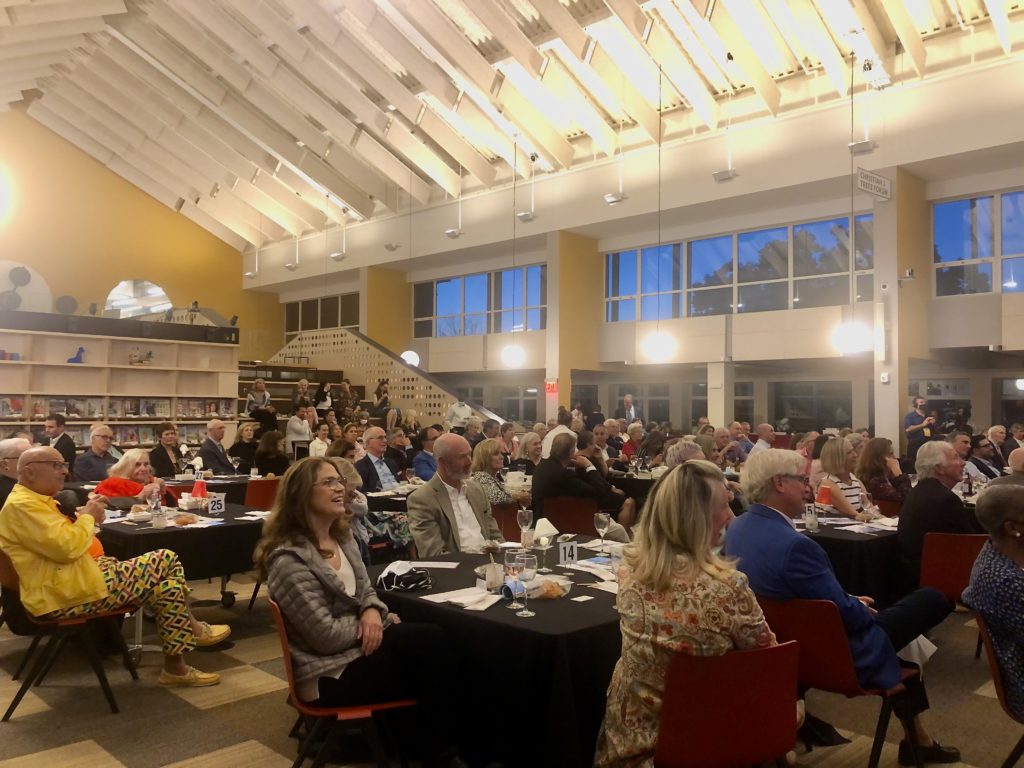 McAlinden told the audience, “This was not an easy task,” and thanked the Department of Housing, Fairfield County Community Foundation, local faith-based organizations and clubs, “and, of course, all of you. Thank you for being there for us and supporting the most vulnerable in our community.”

The new president left the crowd with a touching story of a client who said of his experience living in a local hotel: “The food didn’t compare to the Gillespie center that was cooked with the love of our people. He really missed the people who come into Gillespie and we’re going to get back to that,” McAlinden said to a round of applause.

Westport Chief of Police Foti Koskinas was then joined by First Selectman Jim Marpe to offer their firsthand testimony of the power of Homes with Hope.

Koskinas provided a take on the role of local police when interacting with and helping the homeless population. “Police reform is currently at the forefront as it should be, but there are topics that get overshadowed like homelessness,” Koskinas said, citing the issues of addressing the mental health and substance abuse crises at the core of providing aid to the homeless. He added that organizations like Homes with Hope are critical in meeting the immediate needs of the homeless, as the practice of arresting and moving individuals as traditionally used by police departments will not solve the problem.

The Chief recounted his experience finding a homeless woman who had lost her job due to Covid and was living in her car during the winter month. He shared that after calling a Homes with Hope representative, Elaine Gable, “within two hours that woman was eating a warm meal at the Gillespie Center and had a warm bed that night.”

He added, “You should be very proud—what you’re doing here tonight, what all these groups do together, it is an incredible task that is a huge undertaking, and they should really be applauded.”

First Selectman Marpe echoed similar praise of the organization and their teamwork with the local Westport community, saying “Home with Hope is really part of the fabric of our community and part of Westport’s DNA. The people who are here tonight are among the people who make things happen in Westport, and for them to be together in a social setting for a very, very good cause is really important.” 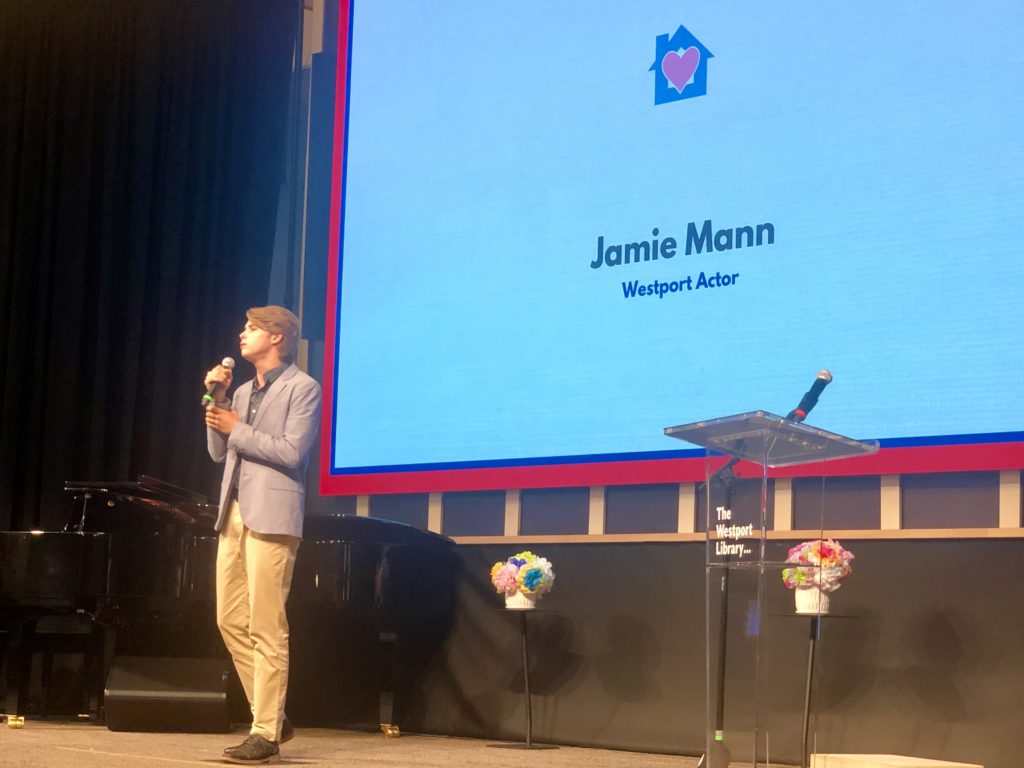 The local leaders then ceded to the seventeen-year-old Staples High School graduating senior and musical talent Jamie Mann, who performed his rendition of “Home” by Philip Philips for the intimate candlelit crowd. “For a performer especially, it’s nice to be back in an environment where I get to perform for people, especially on a stage in the library, which has been under construction for such a long time […] it feels like such an anchoring point in our town,” Mann said. The young actor stars in the Netflix series Country Comfort and plans to attend the University of Michigan Musical Theater Program this fall.

The performance was followed by a sobering series of filmed client stories, those left homeless and struggling through a grim reality, from domestic abuse to living in cars, during the pandemic and emerging thanks to the help of Homes with Hope.

One woman admitted, with tears in her eyes, that calling Homes with Hope was “probably one of the smartest things I’ve done, because if I hadn’t, then I would not be able to be sitting here now—who knows where I would be. And that’s the scariest thought.” McAlinden understands the need for providing this crucial service in Fairfield County, citing concerns that affording housing in a town like Westport would require someone to work three jobs to afford a basic apartment.

Aside from the work the organization does providing shelter, the testimonials illuminated the breadth of other services Homes With Hope provides, offering stories from girls participating in their after-school programs and adults participating in their mentoring and diversion programs. Over one third of the population of Homes with Hope serves are young adults under the age of 24, many of whom expressed immense gratitude to the charity for connecting them with friends to share their stories.

The first comic, and first local comedian in the event’s history, Courtney Davis, was the first to take the virtual stage via a pre-taped recording. Davis joked about the trials and tribulations of her pregnancy and husband’s paternity leave and was quick to capitalize on a chance to joke about her quarantine experience. “I hate the way he washes his hands. He sings Happy Birthday three times, like Dr. Fauci is watching him,” Davis joked.

Comic Pat McGann followed with a set dominated by poking fun at his family’s experience navigating quarantine and the path out of Covid. McGann suggested vaccine distributors “start offering it in flavors” and proposed a ranch dressing option.

The evening’s entertainment closed with a Q-and-A session with McGann and the event’s headliner, American Comedy Award Winner Kathleen Madigan. During the recording, Madigan urged donors to support the cause as opposed to other charities, understanding “this is more practical. It’s kind of cool to be able to see a result in live time,” Madigan said.

The Homes with Hope staff felt the evening was a huge success, according to Director of Community Relations Maureen Liebergall, who said, “I’m glad to see that it all came together so beautifully. It really was a great night.” She also commended the work of McAlinden’s new leadership, adding, “Helen works so unbelievably hard. Helen does not stop, she really doesn’t.”

Director of Resource Management Janet Zamparo said, “The event really shows the community behind Homes with Hope.” She felt the charity serves a particular importance in the affluent community of Westport and greater Fairfield County. “This is basic needs—and I think a lot of times where that’s your norm, where all your basic needs are met, you don’t really think that other people have those needs, and it’s important to understand what you have and what you can give,” Zamparo said.

McAlinden imbues this necessity for understanding from what she hopes participants would take away from the evening. “I think it’s important that people understand that anybody can become homeless. If you lose your job and you’re not able to pay your mortgage, very simply you can end up being homeless. It can be anybody.” 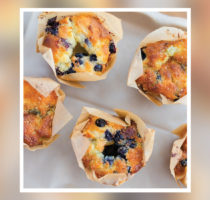 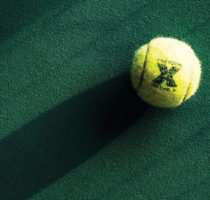