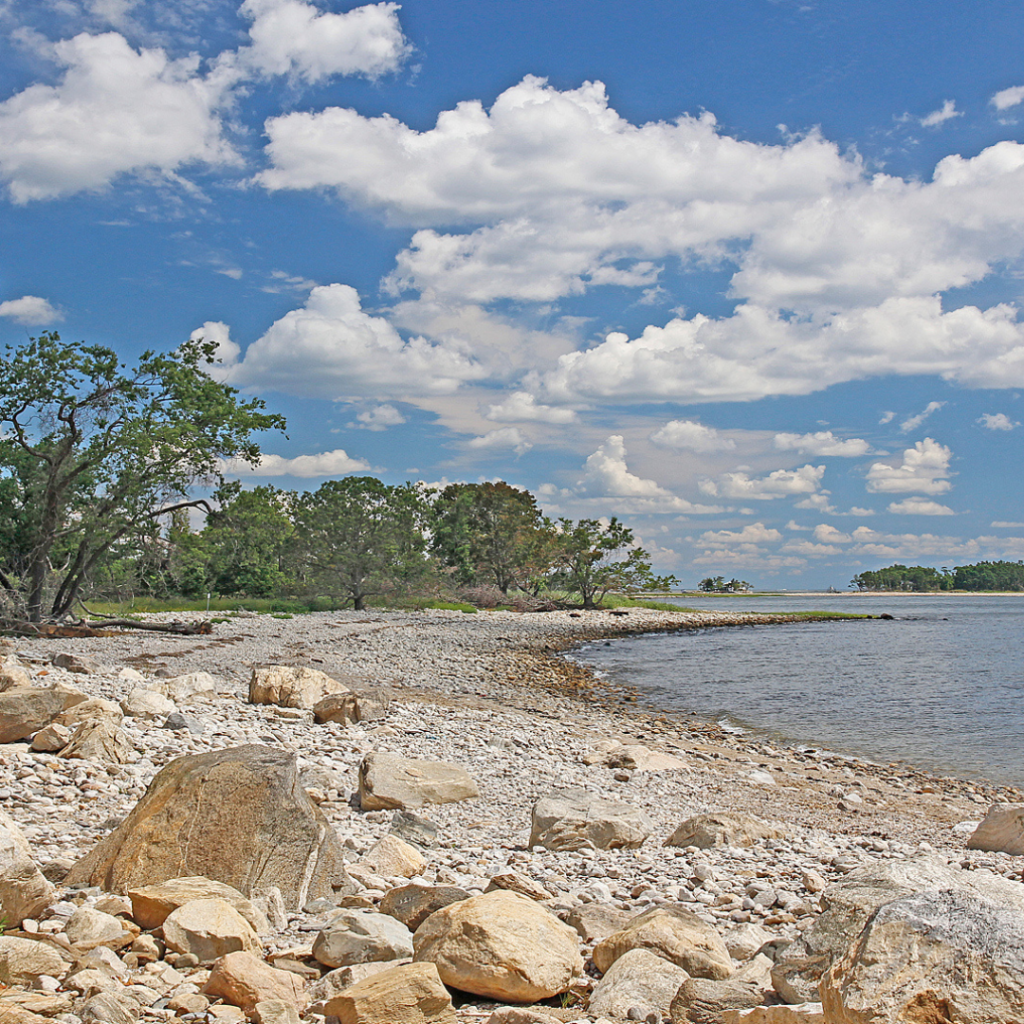 Join the Norwalk Historical Society via Zoom on Thursday, January 20, 2022 at 5:30pm for the virtual lecture, "Connecticut's Changing Coastline" with guest presenter Patrick J. Lynch. Tickets are $5.00 per household and can be purchased at: https://www.eventbrite.com/e/connecticuts-changing-coastline-virtual-lecture-tickets-240464123667 The Zoom link will be included at the bottom of your confirmation email. It will also be emailed to you 24 hours and 1 hour before the event.

The talk will focus on the “recent” glacial geologic history of Connecticut and its coastline over the last 25,000 years, and how the combination of the underlying geology, glacial history, and later human history all influenced what we see on the Connecticut coastline today. Lynch will also discuss the ongoing issues of natural habitat loss and restoration, climate change, and the impact of climate change on Connecticut’s shores.The lecture will conclude with a question and answer session.

This program is in conjunction with the Norwalk Historical Society’s new exhibit, “Norwalk’s Changing Communities – 13,000BC – 1835”, which was funded in part by grants from Connecticut Humanities and the City of Norwalk Historical Commission.

The Norwalk Historical Society is a 501(c)(3) non-profit organization.

About the Presenter:
Patrick J. Lynch is an author, illustrator, photographer, and artist. Lynch retired from Yale University after 45 years as an interactive media designer, medical illustrator, biomedical and scientific photographer, video producer, and for the past 30 years a director of media and communications departments, and a designer of interactive multimedia teaching, training, and informational software and Web sites. Lynch has won over 35 national and international awards for his medical illustration, publications, and software design, including a 2012 National Outdoor Book Award, the 2005 Pirelli INTERNETional Awards for Best Overall multimedia teaching site, and best site from higher education, the 1992 Best-in-Show Award from the Health Sciences Communications Association and a Gold Medal, Silver Medal and Award of Excellence in the international INVISION Multimedia Awards. Lynch has authored and illustrated nine books, and over 100 professional papers, magazine articles, and book chapters. He has been a consultant and invited speaker on web design and web communications issues to many universities, government agencies, corporations, and non-profits groups, and regularly does talks, workshops, and professional papers on communications management, biocommunications, academic computing, medical illustration, biomedical visualization, and web strategy and production management. In late 2018 Yale University Press published his ninth book, A Field Guide to Cape Cod: Including Nantucket, Martha’s Vineyard, Block Island, and Eastern Long Island. More information on Patrick Lynch and his work at: https://coastfieldguides.com/