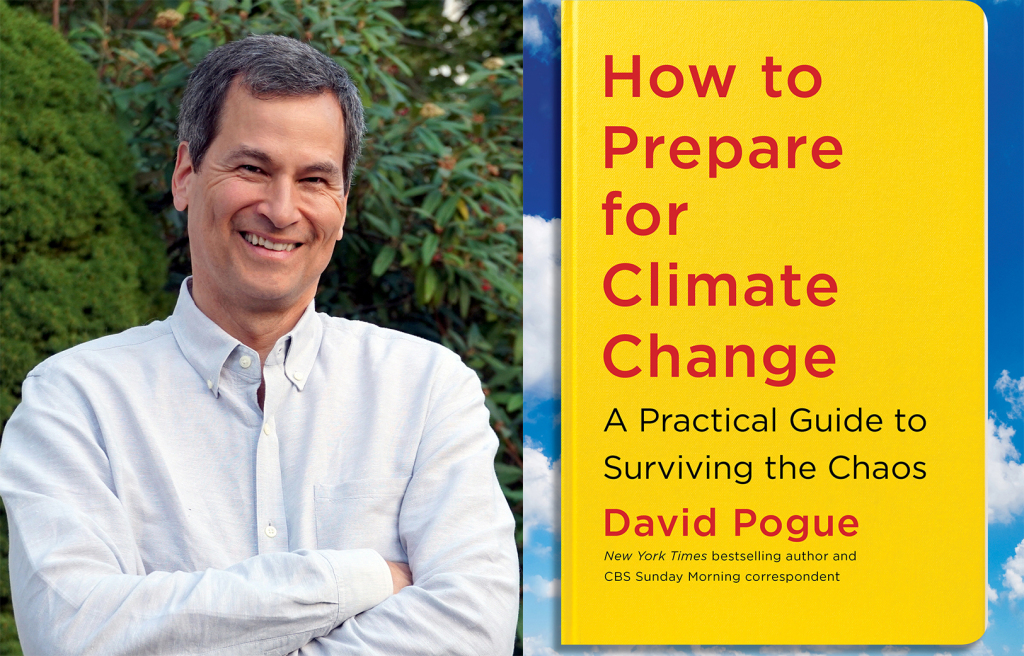 David Pogue was the "New York Times" weekly tech columnist from 2000 to 2013. He’s a five-time Emmy winner for his stories on "CBS News Sunday Morning," a "New York Times" bestselling author, a five-time TED speaker, and host of 20 NOVA science specials on PBS. David will be in conversation with Bob Whelan, Head of School at Greens Farms Academy.

David has written or co-written more than 120 books, including dozens in the "Missing Manual" tech series, which he created in 1999; six books in the "For Dummies" line (including Macs, Magic, Opera, and Classical Music); two novels (one for middle-schoolers); his three bestselling "Pogue’s Basics" books of tips and shortcuts (on Tech, Money, and Life); his new how-to guides, "iPhone Unlocked" and "Mac Unlocked;" and his 2021 magnum opus, "How to Prepare for Climate Change."