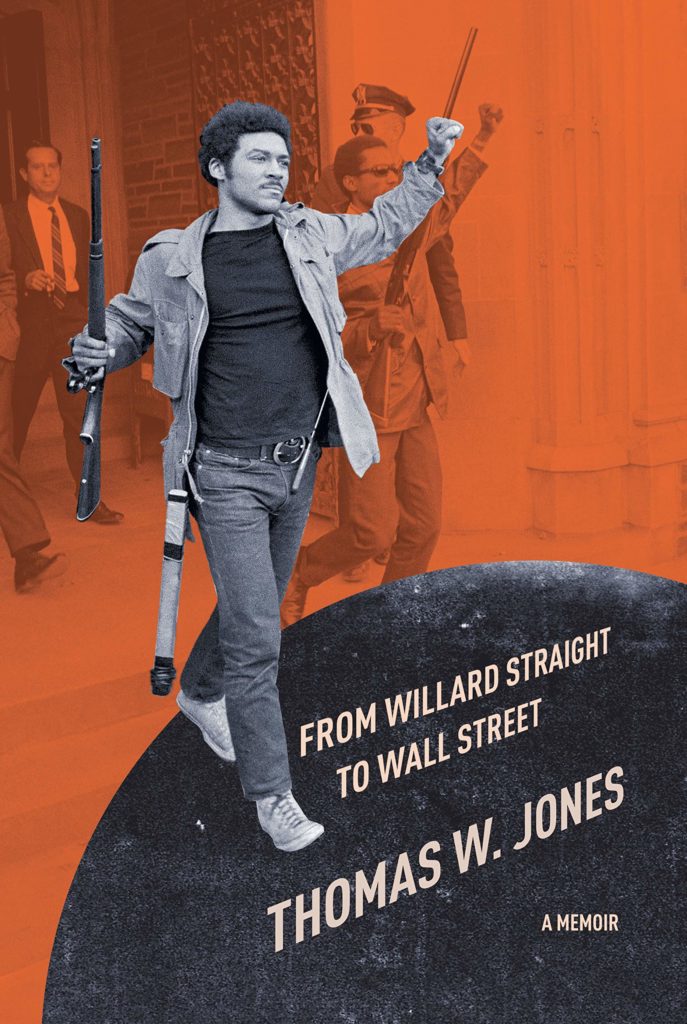 Thomas W. Jones, author of "From Willard Straight to Wall Street," will discuss his new book on Monday, November 18 at 6:30 p.m. at the Ernest A. DiMattia, Jr. Building of The Ferguson Library. Refreshments will be served and there will be a book sale and author signing.
From Willard Straight to Wall Street is considered one of the most interesting American stories of the last 50 years. In stark and compelling prose, Thomas W. Jones tells his story as a campus revolutionary who led an armed revolt at Cornell University in 1969 and then altered his course over the next 50 years to become a powerful leader in the financial industry including high-level positions at John Hancock, TIAA-CREF, and Citigroup as Wall Street plunged into its darkest hour.
From Willard Straight to Wall Street begins on the steps of Willard Straight Hall where Jones and his classmates staged an occupation for two days that demanded a black studies curriculum at Cornell, and provides a front row seat to the author's triumphs and struggles as he was twice investigated by the SEC - and emerged unscathed. His searing perspective as an African American navigating a world dominated by whites reveals a father, a husband, a trusted colleague, a Cornellian, and a business leader who confronts life with an unwavering resolve that defies cliché and offers a unique perspective on the issues of race in America today.
The Ferguson Library is located at the corner of Bedford and Broad Street, Stamford. For more information, call 203 351-8231.