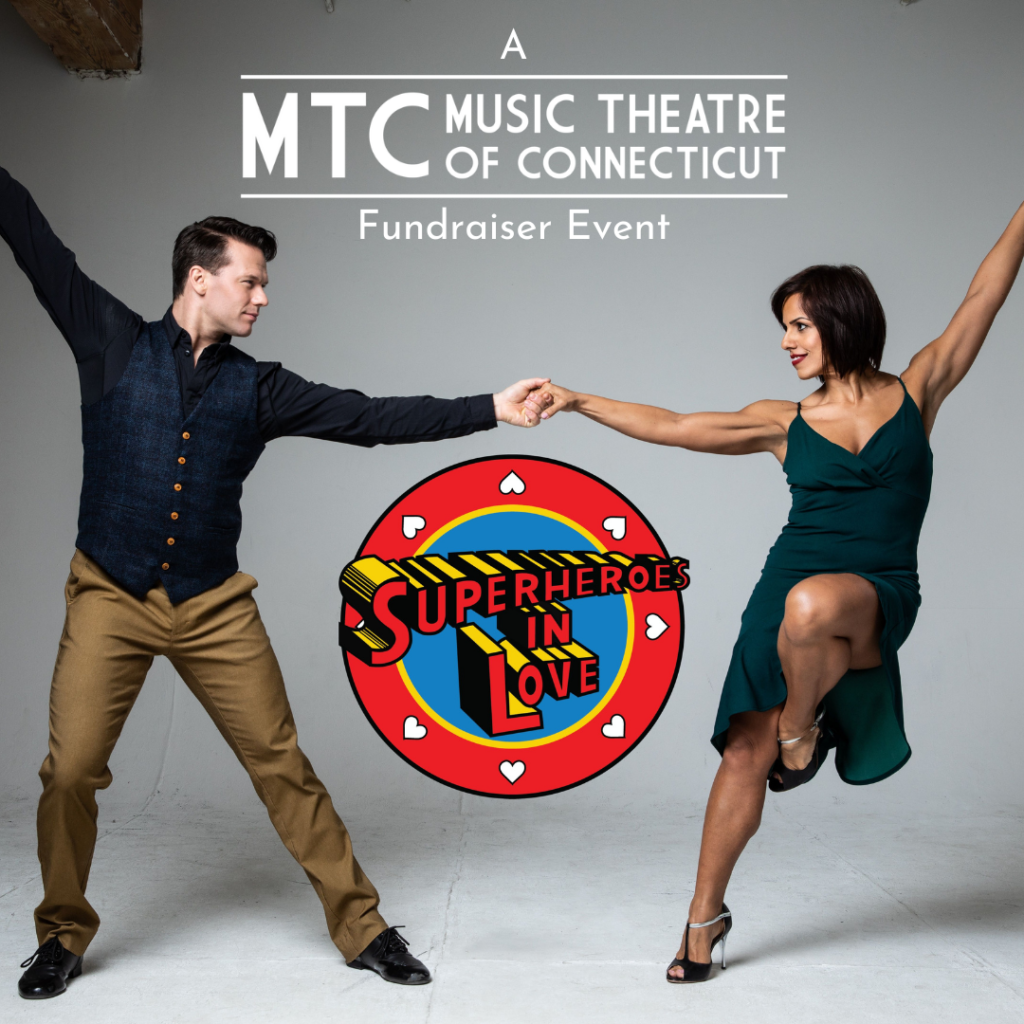 Music Theatre of Connecticut (MTC), currently in its 34th MainStage Season, announces Superheroes in Love! MTC invites audiences to tune in and watch as Broadway veterans Nicolas Dromard and Desirée Davar, put on a dazzling show full of familiar songs and marvelous dancing! All proceeds go to supporting MTC’s upcoming programming as we look forward to a brighter tomorrow.

Superheroes in Love is a love story, between Nicolas and Desirée, who met, fell in love and ended up discovering and complementing each other’s super strengths. They sing, dance and act in this sixty minute show which includes great songs that range from the 1930s all to way to the present. Featuring show stopping dance numbers, beautiful arrangements of old and new songs, this duo will have you humming along and dancing in your seats!

Nicolas Dromard has been seen on Broadway in Mary Poppins, Jersey Boys, The Boy From Oz, and Oklahoma!. He was recently seen here at MTC in Cabaret as Cliff Bradshaw, opposite of his wife, and less recently in The Last Five Years. Other credits include Don Lockwood in Singin' in the Rain, Fiyero in Wicked (San Francisco Cast), Phil Davis in White Christmas,Tulsa in Gypsy, Hairspray, Mamma Mia, West Side Story. Desiée Davar has been seen on Broadway in West Side Story. Similar to Nicolas, she was also seen recently at MTC in Cabaret playing Sally Bowles, opposite her husband. Other credits include Anita in West Side Story International Tour, The Ordway, Sacramento Music Circus, Lyric Theatre, Erma in Anything Goes at the Gooodspeed Opera House, Can-Can and Kiss Me Kate at the Papermill Playhouse, Velma in Chicago at Village Theatre. Film and TV work includes Annie, Glee, 30 Rock.