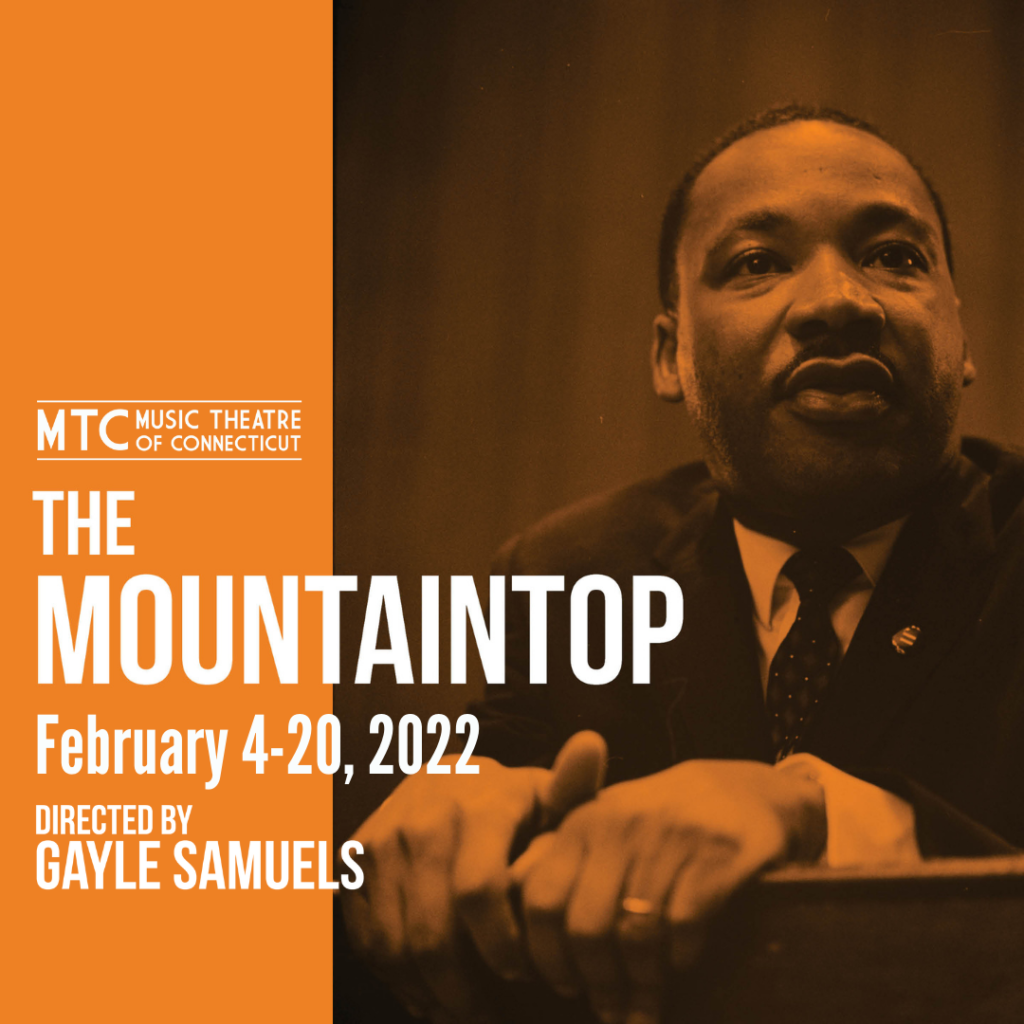 Music Theatre of Connecticut MainStage, Fairfield County's professional, award-winning theatre company continues its 35th Anniversary Season with the Olivier Award-winning play, The Mountaintop, written by Katori Hall. The play is a gripping imagination of Martin Luther King Jr.’s last night on Earth set entirely in Room 306 of the Lorraine Motel on the eve of his assassination in 1968. The show will run three weekends in person at MTC from February 4th-20th with performances on Fridays & Saturdays at 8pm and Saturdays & Sundays at 2pm. (Previews are February 4th at 8pm and February 5th at 2pm with the Opening Night on February 5th at 8pm.)

A riveting, poetic journey through Martin Luther King Jr.’s missing minutes on April 3, 1968. After delivering one of his most memorable speeches, an exhausted Dr. King retires to his room at the Lorraine Motel while a storm rages outside. However, the electricity in room 306 may just overpower the lightning outside, as a weary hero receives a smoke and a reality check from a mysterious housekeeper; both of them roiled by the repercussions. A growing moment of connection, unpredicted and unpredictable brings forth conversations about racism, justice, and holey socks. King is forced to confront his destiny and the divergent paths of legacy, and how sometimes a great man is also human.