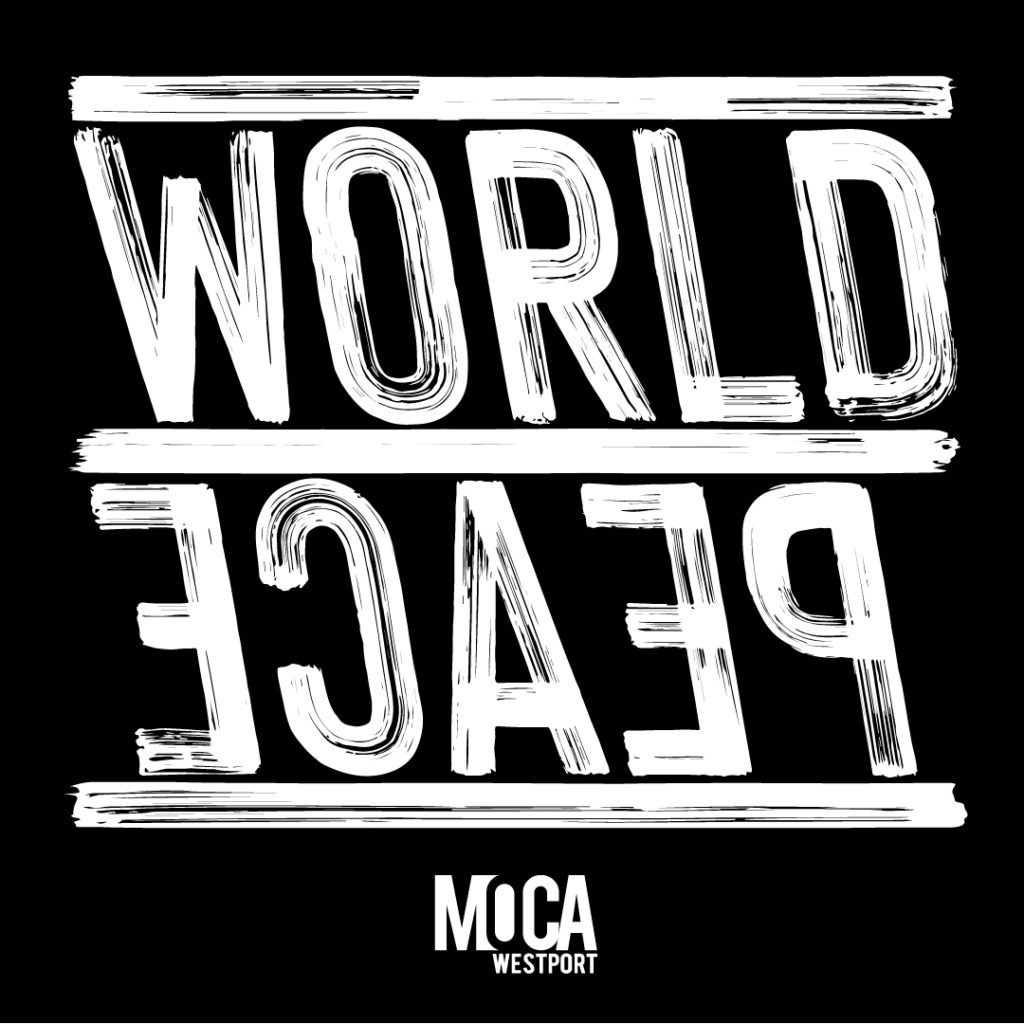 From $10 Non-Members/Free For MoCA Westport Members

Curated to appear together for the first time, the works in World Peace reflect the culture of identity, and the divided and fractured political climate of America’s past and present. This timely and compelling multi-media exhibition contains photography, sculpture, video, site-specific installations, works on paper and protest art that address the culture of American politics. The group show features both local and world-renowned artists.

The exhibition showcases how art has served as a form of social activism for generations. Particularly in the past four years, art has played an integral role in protests surrounding social injustice, #MeToo, climate change, and gun violence. In an unprecedented time of polarization, World Peace examines the myriad political issues facing our society. The impetus for the exhibition came before the COVID-19 pandemic and racial justice protests, but these events have compounded our volatile atmosphere. As Americans struggle to find common ground, World Peace generates examination, dialogue, and change.

World Peace follows the historical use of visual images to shape current events, featuring works from different decades and mediums. It explores complex intersections between aspects of identity, including gender, race, and class. The thought-provoking collection includes commentary on contemporary media culture, the criminal justice system, and the relationship between science and religion.

“While contemporary art has intrinsic limitations on its efficacy in shaping social life and public policy, it does play an important role in shaping the narrative post facto. Even in this role it rarely succeeds. World Peace is an exhibition about political and social life in the United States, and will serve as one portion of historical, social and ethical data for which contemporary art will be evaluated in later historical epochs,” commented von Ammon.

“Contemporary art and politics rarely—if ever—intersect: while the aesthetic and the political tend to travel in adjacent lanes, it’s uncommon that an artwork will cause a political event. The political art object is one of absorption: in order to understand an ideology at a heightened level, culture relies on the artist to sublimate political events into forms that connect with the audience more deeply and give shape to lived time,” he added.

At the end of the year 2020, the contemporary artist has much to digest and decode—too much to contain in a room full of objects. World Peace is a vignette of artworks that have absorbed the political realism of the era during which they were made. Relying heavily on the Pictures Generation and its legacy, World Peace includes artists who freely appropriate the forms and content of the last fifty years of American social life—artists who employ forms such as the newspaper, the television, the internet, and the outdoor advertisement to most clearly articulate the thrill, paranoia and dread of the United States, its flawed legacy, and life within capitalist realism.